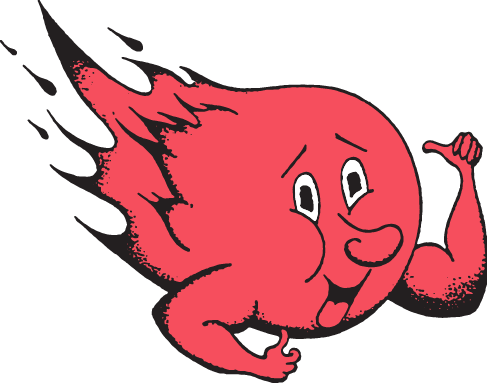 Follows a group of eerily mature children on a forced vacation with their parents at a lakeside mansion. Contemptuous of their elders, who pass their days in a hedonistic stupor, the children are driven out into a chaotic landscape after a great storm descends on the summer estate. The story's narrator, Eve, devotes herself to the safety of her beloved little brother as events around them begin to mimic scenes from his cherished picture Bible

"To say that the Brookhaunts School for Girls has a cursed history would be an understatement of outrageous proportions, but watching that history unfold in Danforth's (The Miseducation of Cameron Post) immersive novel is a creepy pleasure from start to finish. Framed by its fictional place and by the real 1902 memoir of Mary MacLean, a controversial best seller that laid bare her bisexulaity, the novel crafts a tale that follows three linked story lines: the 1902 death of two young lovers at the school, the making of a horror movie about said students in the present, and the backstory of the women who founded the school." (Library Journal).

Punching the Air by Ibi Zoboi

The Vanishing Half by Brit Bennett

How much of these hill is gold by C. Pam Zhang

Girl, Woman, other by Bernadine Evaristo

Things in jars by Jess Kidd

Books to blow your mind 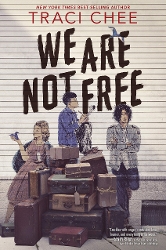 We Are Not Free by Traci Chee
This is the powerful and timely story of 14 teens surviving the Japanese internment camps during World War II. Alternating voices and styles while including newspaper clippings, photographs, and notices from the era, Chee has created a riveting and heartbreaking novel that forces readers to examine this very dark chapter in American history and how it echoes in our present. 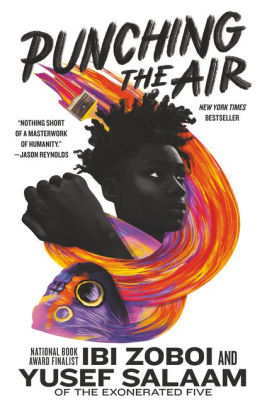 Punching the air by Ibi Zoboi and Yusef Salaam
This is a compulsory novel in verse coauthored by Salaam, an exonerated member of the Central Park Five. Amal is a poet and an artist. When he encounters people with the ability to affect the course of his life, he's seen as a thug, a criminal. Themes of mass incarceration and the disenchantment and disenfranchisement of young Black men put this book right on the pulse of the Black Lives Matter movement. This striking composition tugs at hearts and engages minds. 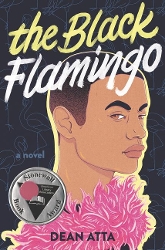 The Black Flamingo by Dean Atta
This coming-of-age novel in verse is the 2020 Stonewall Award winner. With stunning prose, Atta tackles the intersections of sexuality, gender identity, race, homophobia, internalized racism, and colorism with bravery, ferocity, and love. Michael is a biracial Brit of Jamaican and Greek descent growing up with a single mom. He learns at the age of six that wanting a Barbie doll doesn’t fit within a so-called norm. This realization sets Michael on the path of unraveling other expectations and stitching together an authentic experience in the drag ballroom scene.