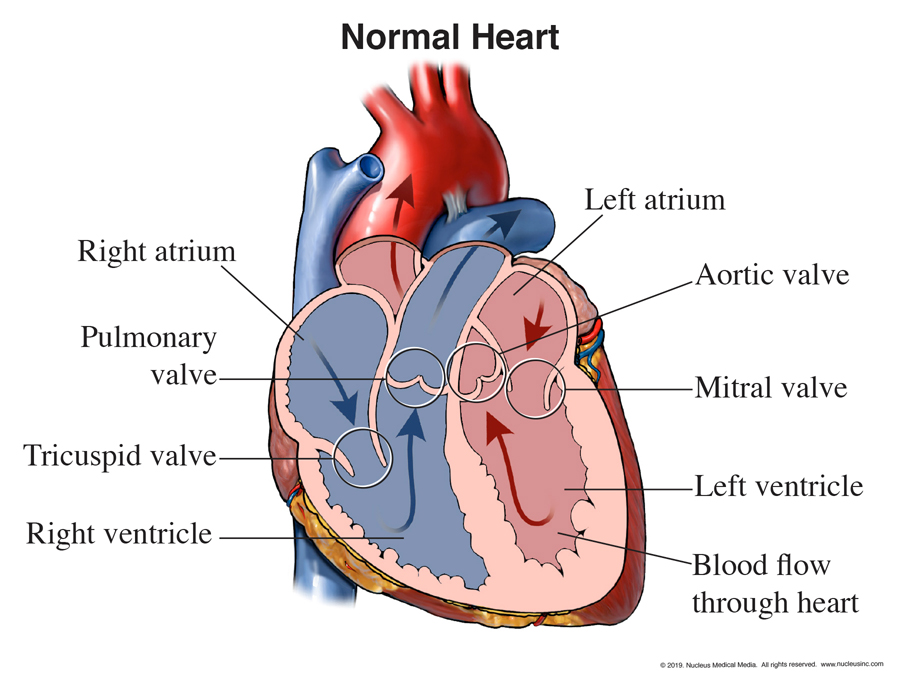 Illustration from the National Institutes of Health: National Heart, Lung, and Blood Institute.

circulatory system : organ system responsible for the circulation of blood throughout the body (also called the cardiovascular system)

aorta : main artery of the body

artery : a blood vessel that carries blood from the heart to the body

atrium : one of the two, thin-walled upper chambers of the heart (plural: atria)

blood : the red liquid that flows through the bodies of people and animals to deliver oxygen to organs

heart : the organ in the chest that pumps blood through the veins and arteries

hemoglobin : a red protein in blood that transports oxygen

platelets : cell fragments in the blood which help with clotting

red blood cell : carries the oxygen throughout the circulatory system

valve : a structure in the heart and some veins that prevents the blood from flowing backwards

vein : a blood vessel that carries blood toward the heart ventricle : a chamber of the heart that receives blood from an atrium

ventricle : one of the two thick-walled lower chambers of the heart; the pumped part of the heart

The Heart and Circulatory System - How They Work

Chambers of the Heart