Biome : large region of the earth with particular plant and animal communities

Boreal Forest : the very large area of wet land in the far northern parts of the world that is covered with conifer trees (see also: taiga)

Climate : overall weather in an area over a long period of time

Community : all populations that live in a certain place

Consumer : organisms that obtain food by eating other organisms

Decomposer : organism that breaks down the wastes or remains of other organisms

Ecosystem : living and nonliving things in an environment, together with their interactions

Ecology : the study of living things and their environments

Energy Pyramid : way of showing how energy moves through a food chain

Environment : everything that surrounds a living thing

Food Chain : a chain of organisms in which each link feeds on the one ahead and is eaten by the one behind

Food Web : way of showing how food chains are related

Habitat : place where an organism lives

Polar : relating to the North or South Pole or the region around it

Population : group of the same kind of organism living in a certain place

Producer : organism that makes its own food

Taiga : the very large area of wet land in the far northern parts of the world that is covered with conifer trees (such as spruce and fir) that begins where the tundra ends (see also: boreal forest)

Temperate : having temperatures that are not too hot or too cold

Tropical : related to the tropics--the hottest regions on earth

Tundra : a large area of flat land in northern parts of the world where there are no trees and the ground is always frozen 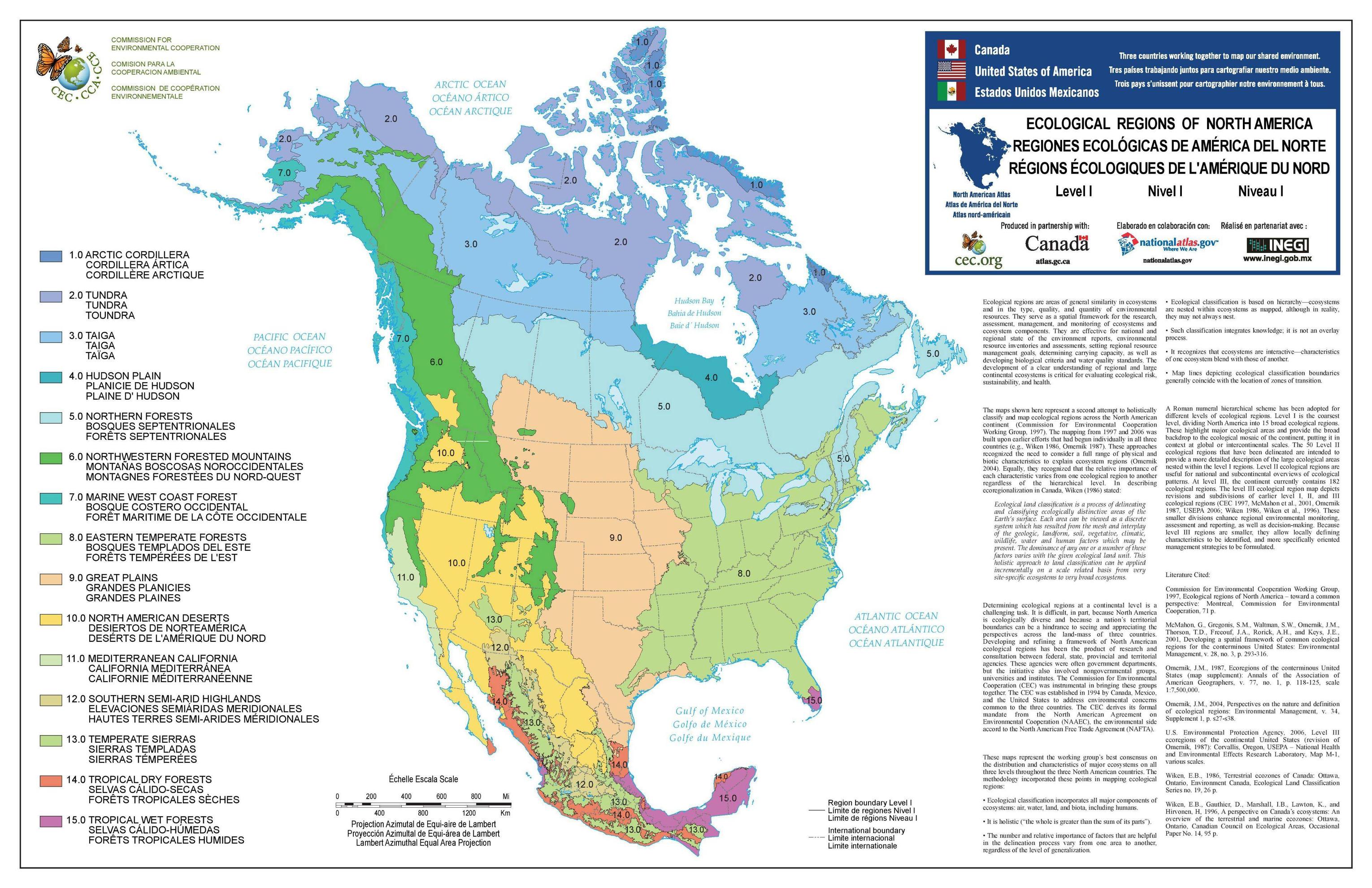 Ecoregions of North America via the U.S. Environmental Protection Agency

Why is biodiversity so important?