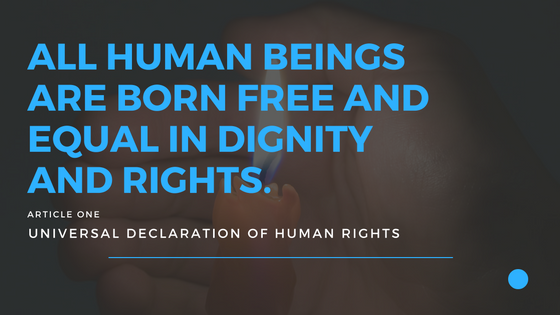 Bill of Rights: The first ten amendments to the U.S. Constitution which guarantee personal freedoms and rights, including free speech, freedom of belief, and the right to peaceful assembly and to petition the government.

Civil Rights: Rights that belong to citizens of a particular country. Many of the civil rights enjoyed by U.S. citizens are defined in the U.S. Constitution.

Discrimination: The unfair treatment of different people based on race, religion, gender or sex, sexual orientation, or national origin.

Human Rights: The most fundamental rights that belong to all people on the basis of their shared humanity.

Genocide: The deliberate killing of a large group of people, with the intent to destry those of a particular ethnic group or nation.

Persecution: The systematic mistreatment of different people based on race, religion, gender or sex, sexual orientation, or national origin.

Prejudice: An unfavorable or hostile opinion or feeling formed beforehand or without knowledge, thought, or reason. Often held toward different people based on race, religion, gender or sex, sexual orientation, or national origin.

Social Justice: Movements that support human rights through promoting a just society by challenging injustice, valuing diversity and equality for all people.

Universal Declaration of Human Rights (UDHR): A declaration adopted by the United Nations General Assembly after World War II which defines 30 fundamental human rights for all people, including equality and freedom, the right to opinion and expression, and the right to an education.